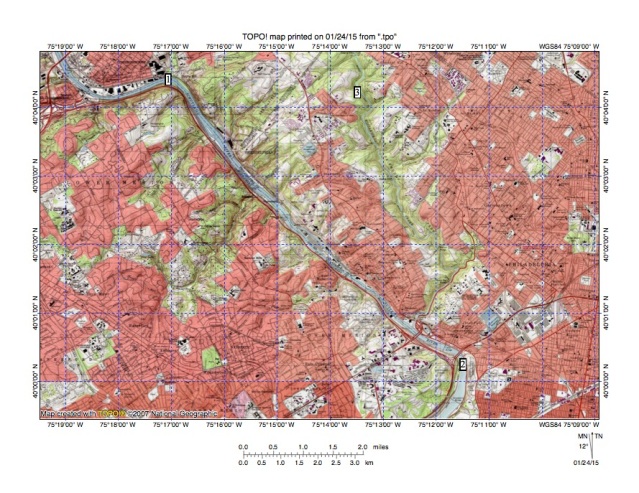 Figure 1 illustrates the Schuylkill River Gorge, which extends from the Spring Mill Elbow of Capture at location 1 to the Roosevelt Avenue Bridge Elbow of Capture at location 2, and also the Wissahickon Creek Gorge, which extends in a south-southeast direction from location 3 before making an abrupt turn to the southwest to reach the Schuylkill River Gorge a short distance upstream from location 2. High points on the upland surface surrounding the two gorges rise to more than 400 feet while the Schuylkill River crosses the 40-foot contour line about one mile downstream from the Spring Mill Elbow of Capture and Wissahickon Creek crosses the 100-foot contour line near location 3. Bedrock underlying the upland surface and found exposed in outcrops along walls of both gorges is a west-southwest to east-northeast oriented band of erosion resistant metamorphic and igneous material known as the Wissahickon Formation.

Both gorges were eroded headward across diverging and converging flow channels such as might be found in a large-scale anastomosing channel complex. At that time all regional elevations were at least as high or higher than the highest elevations on the upland surface today. The deep Schuylkill River valley eroded headward (in a northwest direction) from the Roosevelt Avenue Bridge Elbow of Capture at location 2 across the southwest oriented flood flow and captured the southwest oriented flood flow.