The aligned valleys, elbows of capture, barbed tributaries, through valleys, and water gaps are consistent with the hypothesis that the Stony Creek valley eroded headward across massive and prolonged southwest oriented floods prior to headward erosion of the adjacent Wissahickon Creek valley to the east. Floodwaters flowed in an anastomosing complex of shallow diverging and converging channels that were probably being eroded into easily eroded bedrock units located between erosion resistant materials and in this manner the underlying geology helped shaped the flood flow direction. However, until deep valleys eroded headward into the region all floodwaters moved on a surface at least as high as the highest regional ridge crests today and no present day valleys existed. 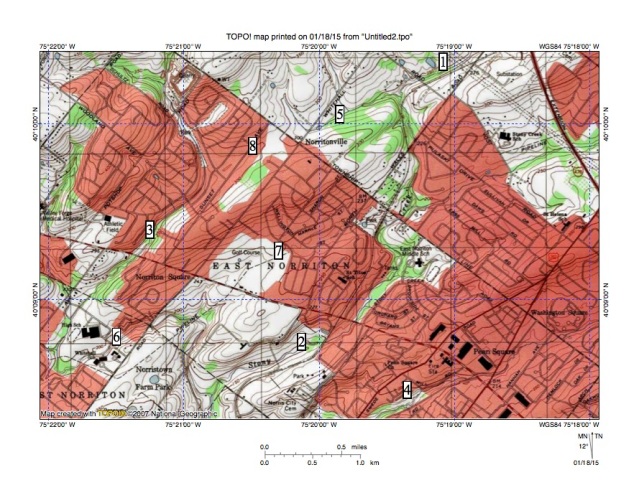 The northeast oriented Stony Creek tributary segment at location 6 is on the same alignment as the through valley at location 7. In other words headward erosion of the south-oriented valley east of the Norristown Farm Park not only captured a southwest oriented flood flow channel, but flood flow on the northeast end of the beheaded channel reversed flow direction to move in a northeast direction to the newly eroded and much deeper south oriented valley. Because the flood flow channels were diverging and converging the reversed flow in that channel was able to capture southwest oriented flow from the yet to be beheaded channel to the northwest and that captured water made a U-turn seen in the present day tributary valley that drains from location 3 to location 6. 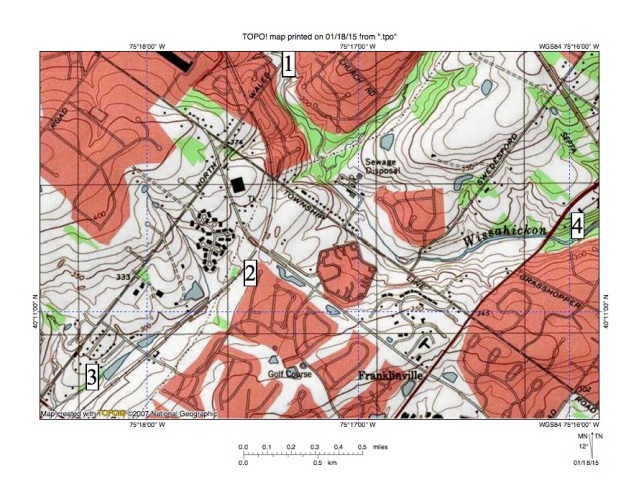